You are a secret, and you must never tell it. 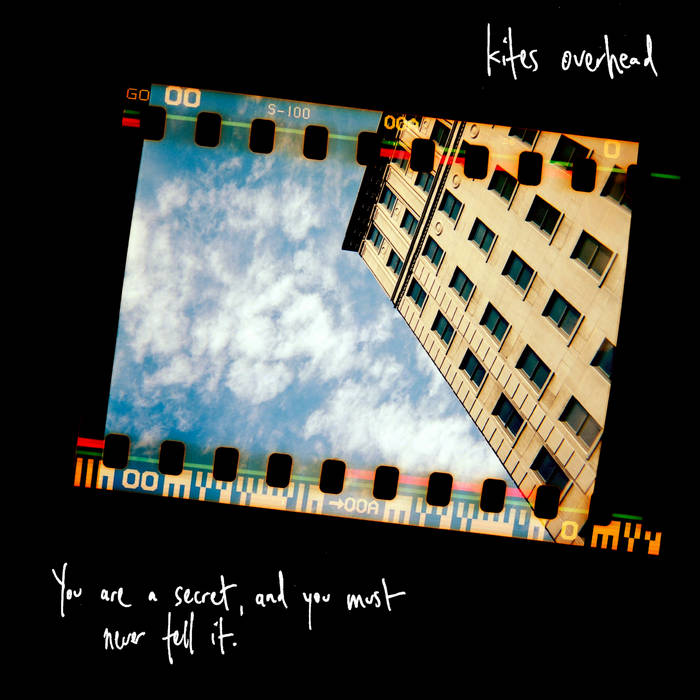 This record is a product of all of my experiences over the last few years. So many people have had a hand in its creation. If you’re one of them – and you know who you are – thank you so very much. Thank you to my family for having faith in everything I do. Thank you to all of my friends in Japan, Turkey, Canada, the UK and the US for coming to my shows and supporting me over the years. Thank you to the musicians who appeared on this album. And thank you for listening.

Kites Overhead is Gene Kondusky.
Recorded at Hotel Benson (Ottawa, Inukjuak and Montreal) By Gene Kondusky. Mastered by Harris Newman at Grey Market (Montreal).
Additional musicians: Gia Greer (backing vocals on “Thaw”), Meghan Dove (vocals on “Ark Apprehensive”) and Sandy Mercure (backing vocals on “The Last Time I Thought About You”).
All songs (c) 2010 E.M. Kondusky, except “Ark Apprehensive”: music (c) 2010 E.M. Kondusky, lyrics From Poems Twice Told, The Boatman and Welcoming Disaster. By Jay Macpherson. (c) Oxford University Press Canada 1982. Reprinted by permission of the publisher.
Front and back cover photos by Catherine Aboumrad. (c) 2010 Catherine Aboumrad. Inside photo by Gene Kondusky.
To Gia.
This record has been released by Home Is Not Here.